Effects of Temperature on Concrete

Effects of Temperature on Concrete and the Installation Process

Temperature is something that we can’t control. Varying temperatures can affect the outcome of new residential or commercial concrete projects and is something to be very mindful of when laying it down.  Concrete is initially a plastic material that’s made from a combination of cement, water, and aggregates. Water is something that can become too hot or too cold thus affecting how the concrete appears once it solidifies.

This mixture of definite proportions hardens overtime to give the strength that it is designed to have. Even during the process of setting, concrete will release a lot of heat and lose water, which requires being controlled by the process known as curing.

Effects of Temperature on Concrete

Temperatures during the manufacture and placing of concrete can affect its setting time and final strength. When temperatures are high, this can lead to cracks, and many mass concrete works use chilled water for the mixing process to control the temperature of the concrete and reduce the chances of cracking and damage.

Once the concrete has set and gained its design strength, generally accepted as 28 days, the concrete will expand and contract depending on the temperatures in the ambiance in which it is existing. This movement is determined by the coefficient of thermal expansion of the concrete and the changes in temperature that the structure is subjected to externally.

The ratio of development is primarily determined by the aggregates that are used as they make up for 70 to 80 percent of the volume of the concrete. Higher temperatures can lead to an expansion in concrete, and this can lead to cracks. The overall length of the concrete structure can also lead to additional stresses in the composition.

This factor is especially important in bridges. Low temperatures, on the other hand, can lead to shrinkage of the concrete and this can be disrupted if water gets into cracks, leading to ice formation that can cause significant stresses in concrete due to increase in volume.

Impact of Variations of Temperature

Temperature variations can have both negative and positive impact on concrete and its strength. The temperature of the environment in which it is mixed when it is first laid must be under controlled conditions so that the concrete achieves the design strength that it is meant to have.

This leads to the concentration of products in the area of the hydrating particles and this retards further hydration and affects strength. High temperatures during placing can also increase the voids in concrete, and this can severely affect its durability.

High temperatures also tend to decrease the workability of concrete, and this makes it more difficult for proper consolidation. The fast hydration leads to concrete gaining its initial strength early and difficulties when it is being vibrated and placed. This can lead to the formation of honeycombs in the concrete, which can have a severe effect on the strength of the concrete.

Concrete is best laid at temperatures that are between 5 degrees Centigrade and 40 degrees Centigrade. Any temperatures more than this or lower than this needs special attention to the temperature of the water used in the mixing, and subsequent care while curing the concrete. This process can take years of experience to perfect. When you have a big project and need professionals, call us, an experienced Frederick concrete company.

Alligator Cracking In Your Asphalt? No Fear! Here’s What To Do

Imagine dropping a hard-boiled egg. Now, imagine the scales on the back of an alligator.  They’re pretty similar, right? The underlying surface appears to be intact,

Potholes: How To Report in MD, VA, and DC

How to Report a Pothole in DC, Maryland, and Virginia Picture this-you’re cruising down the road with your windows and top-down. There’s not a cloud

What Our Clients Are Saying...

Dan Tower

Google Review
Read More
Thanks guys for an excellent job. They were able to fix a concrete wall that was cracking and also causing issues with the asphalt pavement. They came and quoted me the same day I called. Very impressive. After the job was completed they spend their time explaining everything to me. I'm so happy I went with this company - they over delivered which is rare these days. Appreaciate it.

Margaret Vasquez

Google Review
Read More
True professionals! We reached out to Limitless Paving & Concrete to pave the driveway and couldn’t be happier. They were quick and did an outstanding job. After the job was completed, the site remained clean and nice. Our driveway looks amazing and we are planning to hire them again soon for a new project. Definitely would recommend! 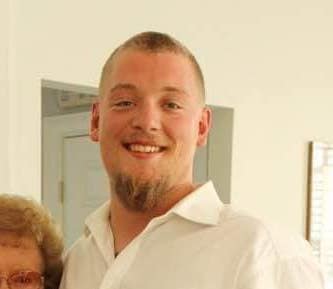 Alicia L

Google Review
Read More
Great job paving the parking lot in Rockville where the offices are! Looks very professional, and better than any other lot around here now! 5 stars to Limitless Paving & Concrete and the team.

Eric Johansen

Google Review
Read More
Limitless Paving & Concrete was excellent to work with. They handled all the details and made sure that everything was right with my property. Very professional. Thanks guys!

Kim Harleyle

Google Review
Read More
When it comes to parking lot line striping, these guys are the best. I’ve been using them for my auto dealership lot in Frederick for about 4 years now. I’m on a maintenance plan which works out very well - makes my used car dealership look better than any other in the area since my parking lot is always flawless. Thanks Tyler.

Shayna Layne

Google Review
Read More
Thanks to Limitless Paving And Concrete, I now have a nice new driveway! They were SUPER helpful and didn't even charge me to get an estimate for the job. One of the most professional contractors I've ever experienced. Highly recommend their service!

Dom

Google Review
Read More
I called tons of companies and limitless was the only one who would work with my schedule and didn't want to rip me off. Work was fast and lawless! 100% would recommend

Erin Robinson

Google Review
Read More
My experience with Limited Paving & Concrete was amazing! I would recommend them to any size job that a customer may have.
Previous
Next
Leave a Review

Talk to a Paving Contractor Now